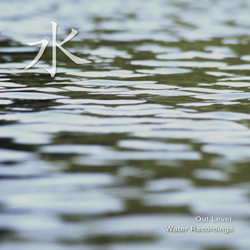 "Water Recordings" are pure field recordings made by Out Level (Luís Antero) in Alva and Alvoco rivers, in the centre of Portugal. There's "City", but that's another story..

Luís Antero's latest project named Out Level consists of a laptop, blue electric guitar, Buddha Machine, and field recordings. Having had 2 releases with the Netlabel Merzbau ("The Bedroom Sessions, Vol. 1" and "Espaço (I)Limitado – Ao Vivo na Zero"), and one in XS Records (Estrela EP) it is a project composed of many sounds from one lone man. Luís is originally from a small village at the foot of the Serra da Estrela Mountain range in Portugal where his musical influences fuse with his philosophical views as well as literary references.
Luís is 34, married and father of twins.